Scrap Busting Tuesday. And this week, I had No Idea what I was going to make. No ideas, nothing, nada. I had a vague thought that I could do something for the craft book challenge. Or maybe make something for someone else on my Pay It Forward list. But nothing was really inspiring me. I spent about 45 mins browsing websites, looking for inspiration and not finding anything that was really jumping out at me and wanting to be made. Time was running out – only an hour until bedtime, and I hadn’t even started! Eek!

Then my eyes turned to my bookcase, and my copy of ‘softies’, with all it’s cute little creatures to make. Next thing I knew, I had the rotary cutter and mat out and was making up a Blossom Bunny for Steve.

(For some reason, I’ve gotten into the habit of occasionally making a Blossom Bunny for Steve. The first one was probably 3 years ago now. He liked it a lot and took it to work for on his desk. So a couple of months later, I made him another one to go with it. Which sadly fell out of his bag and got lost – hopefully someone somewhere picked it up and adopted it. I like to think that may have happened, anyway. So a while after that, I made him a third Bunny, to replace the one he’d lost. It also went to his workplace, to keep the other one company. Then for some reason, I made him a giant Bunny for his 30th birthday, out of fur fabric. Clearly, some sort of tradition has developed, where I randomly make him a Bunny for no particular reason about once a year.)

This Bunny was made out of scraps of some of my recent sewing projects. The bottom section of it’s body was made from some of the fabric from my Sleepy Secretary blouse. The middle section was from my Willow dress. The head is from a top that I cut out for the Birds challenge and still haven’t sewn up (oops!). And the ears are from my Leaves and Hats dress. It’s a Sew Weekly Creations Bunny! 🙂 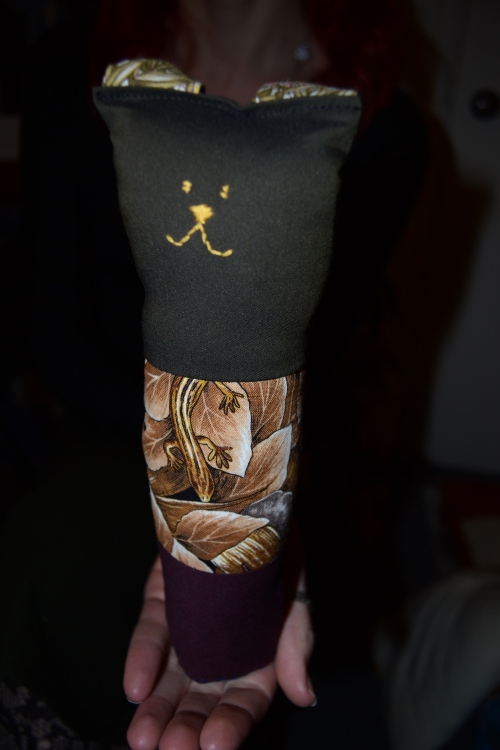 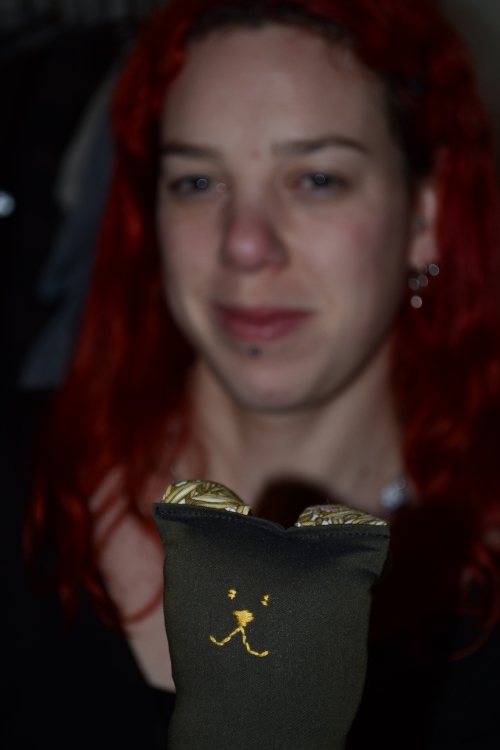 (Steve was playing around with the blue filter on his new camera, so here’s a blue-tinted-Bunny for you:) 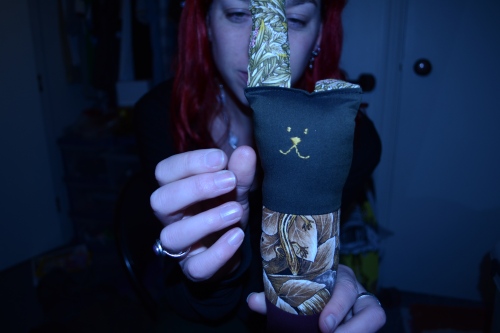 This entry was posted in Handmade Gifts, Scrap Busting Tuesday. Bookmark the permalink.