Mushrooms and cornflowers amongst the trees

Went for a walk the other weekend, with my lovely friend Nikki. We both had outfits to photograph, it was a beautiful day – seemed like a good excuse to head up to Truby King gardens for fresh air and photos-for-blogs.

Plus, my new dress is green and has mushrooms on it. Dresses like that deserve to be photographed amongst trees, don’t you think? 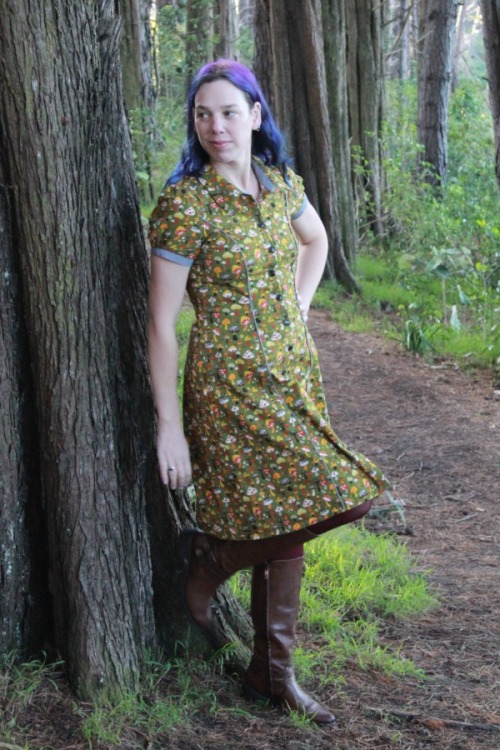 This pattern-and-fabric combination came about as a result of the 0 Degrees of Sewing Separation Challenge that the Wellington Sewing Bloggers Network did. Jen, Mel and I decided to create links between our projects – Jen and I both had this mushrooms cotton, Mel and I both had the Bleuet dress from Deer & Doe. As you can see, I was the link between their two projects. 🙂 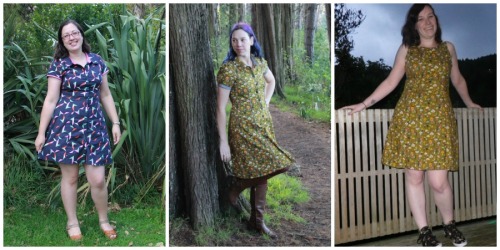 (You can read all about Mel’s Bleuet dress here, and Jen’s mushrooms Alameda dress here.)

(‘Bleuet’ means ‘cornflower’ in French, in case you’re wondering where cornflowers fit into this story.)

Funny story about this fabric – Jen discovered it at a Fabric-a-brac event a while ago – it was the only length of it there, and we’d never seen it anywhere else. Naturally, she snapped it up superfast.

Then a couple of months after that, our parents went on holiday to the States, and mum bought us both back two lengths of fabric for our birthdays. And one of the two lengths she gave Jen was… the mushrooms cotton! Seriously, what are the chances?!? Anyway, Jen and I switched fabric – I got the mushrooms (because – ‘shooms!) and Jen got a cotton with pirates and skulls on it (which she’s planning on turning into a dress. Because, dresses.)

Anyway, we now have dresses in the same fabric – wheeee!!! 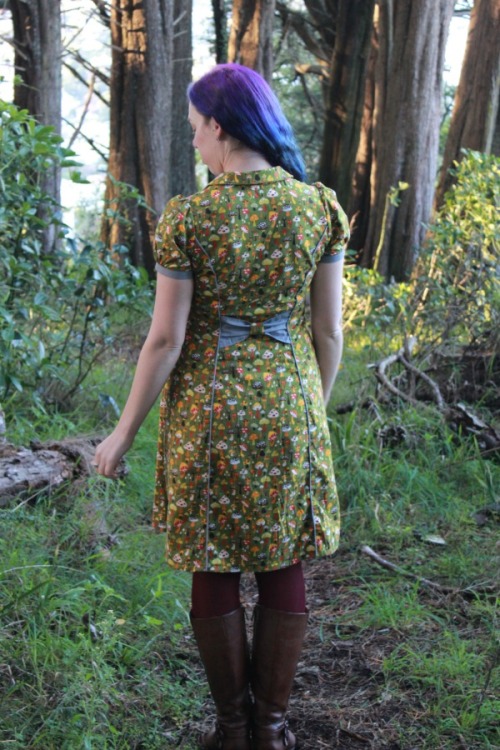 This is the second time I’ve made the Deer & Doe Bleuet dress. The first time was in a lightweight stretch denim, and gets worn quite a bit. I did several of the same alterations for this one, and added a couple more as well. This time ’round, I: 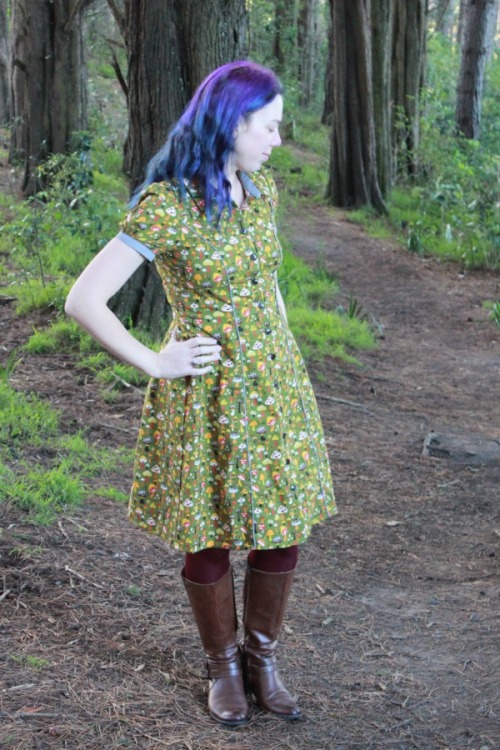 I wanted to pipe the princess seams of the dress, so that they stand out a bit. Otherwise, they’d get completely lost in this print. After a bit of debate (there were quite a few colours to choose from that could have worked) I went with a soft grey for contrast. (My sister used a dark brown on her dress for contrast, so you can see how they both look against the ‘shrooms.)

I used the same grey for the bow in the back.

And for the sleeve cuffs. 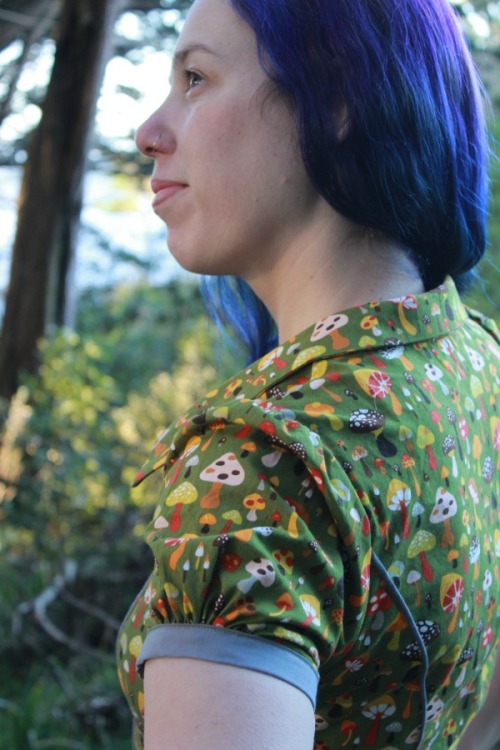 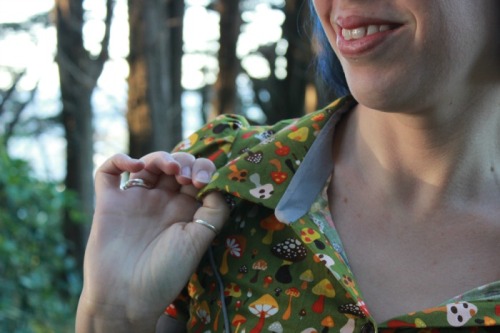 (Haha I chuckle when I use the word ‘pop’ these days. A friend/colleague of mine who is a designer utterly hates that word. It may be creeping into my vocabulary more often than usual as a result. Coz I’m a terrible person like that sometimes.) 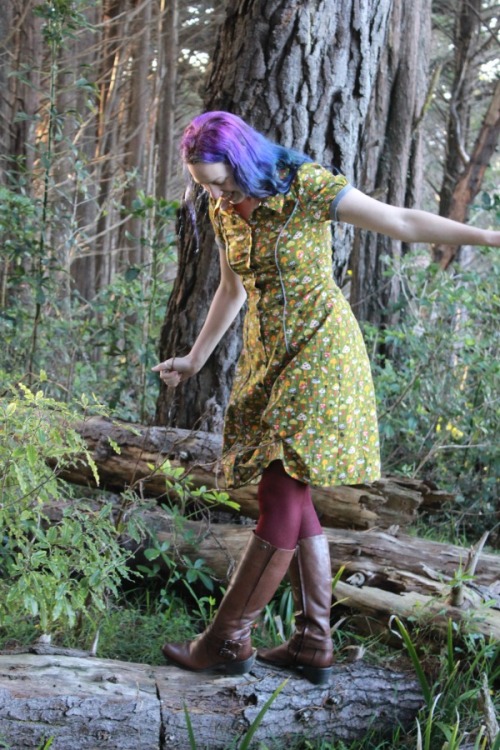 The ‘shrooms are directional, so I had to think a bit when cutting out the collar – which way to put them? I went with having them upright at the back collar. Wanna see something I’m pretty amazed by? Check out that pattern matching on the back collar – some of those mushrooms line up perfectly with the ones on the back bodice, making perfectly complete little ‘shrooms across both sections. Yippie! Totally intentional, of course. (Hah!) 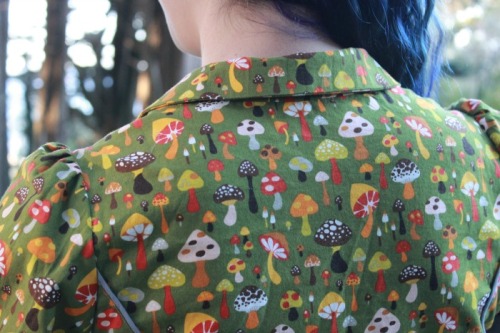 The inside is finished simply with overlocked/serged seams. Rather than pressing the princess seams open, I finished both sides of the seam allowance as one and pressed to the side. The hem is done with Hug Snug and a machine blind hem. 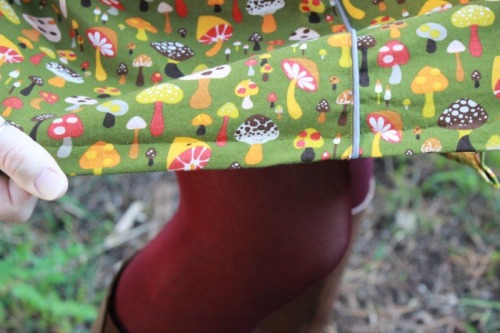 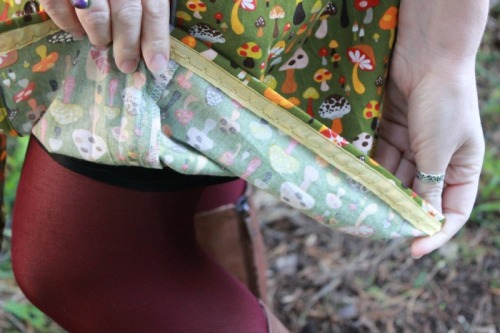 And, you know. ‘Shrooms dress, in the woods. Gotta pretend to be a ‘shroom, right? 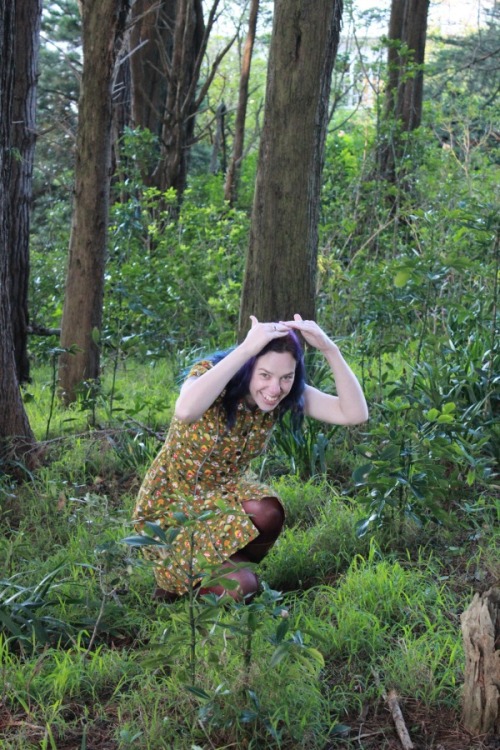 Big thanks to Nikki for taking all the garment photos. Thanks, Nikki! 🙂 (Here’s her outfit that we took photos of at the same time, if you’re interested.) 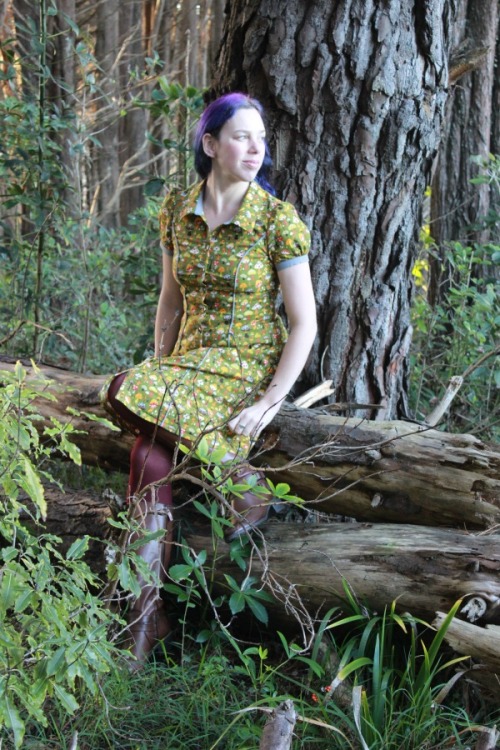 Here’s a few photos I took up at Truby King, just to round things off. I love it up there – tumbling bricks, massive rhododendrons, tall trees and all. 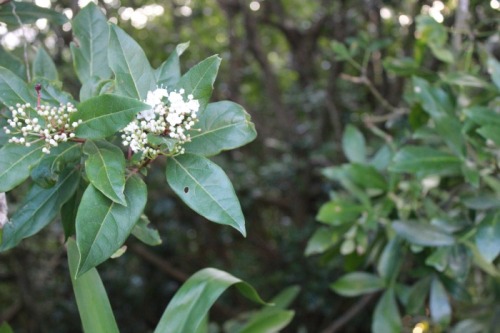 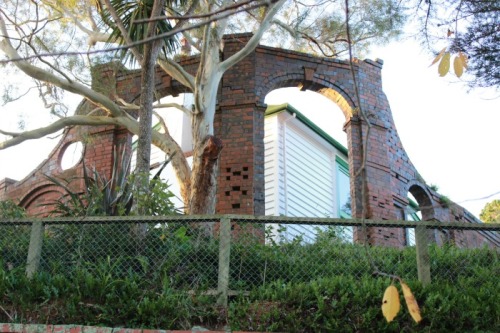 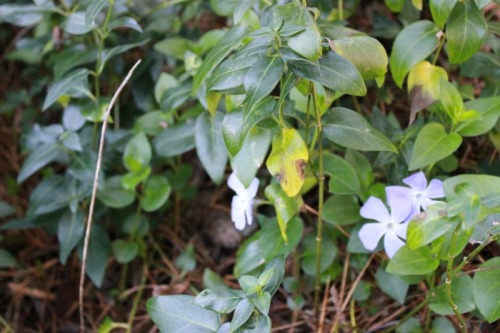 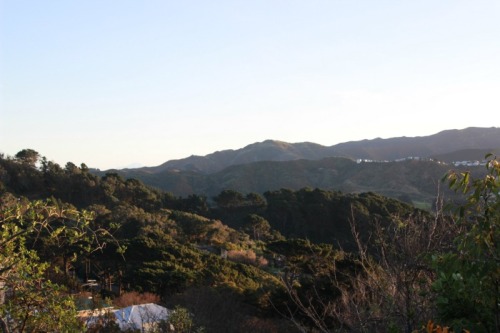 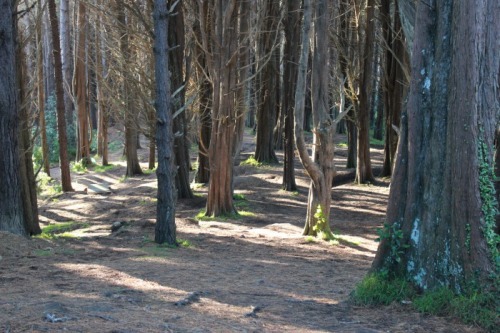 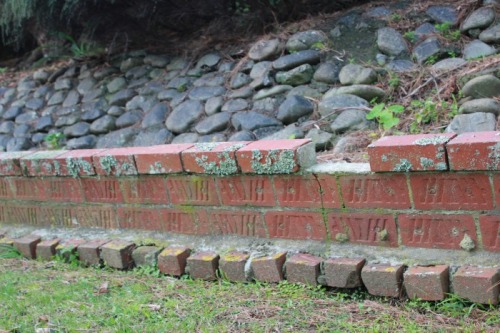 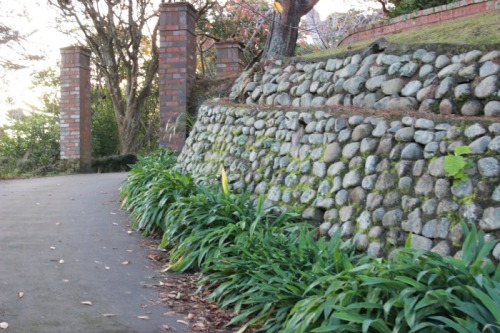 This entry was posted in Indie patterns, Things I've made and tagged Bleuet, Deer & Doe, Deer and Doe. Bookmark the permalink.

21 responses to “Mushrooms and cornflowers amongst the trees”