It’s crazy to think, but Muse patterns was lauched a year ago. (Well, just over a year ago, so it’s a bit of a belated birthday. 😉 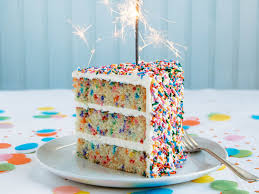 Its been a pretty amazing year – the highs and lows of the creative process, nervous anticipation before hitting ‘go’ on a pattern release (will anyone like it? What if there’s a huge mistake in it that I’ve somehow, despite the number of times I’ve gone over it, managed to miss??), and the amazing moments of seeing what others have made using the patterns. I’ve learnt heaps (so much tech and admin stuff to get your head around!!), had a huge amount of fun, and connected with lots of amazing people.

I wanted to do something a bit special for Muse’s first birthday. So, I made the first pattern that isn’t named after a particular Muse – Tahi! I’ve had the idea for this asymetric panelled skirt floating around in my head for a couple of years now, and it seemed the perfect time to get it out there into the world. It’s a bit 1940’s in style, or if you make it in a maxi length, it also has a definite 1970’s flavour to it and is heaps of fun for swishing around it.

But since it’s a first birthday pattern, I added a little something extra as well – a knit shrug, which comes with the Tahi skirt pattern! The shrug was interesting to draft – I spent a lot of time experimenting with the front, figuring out what curve angle and front width would work best with many different bust sizes, and would still cover strappy tops. I’m really happy with how it ended up – plus, being a shrug, it’s small enough to easily throw in your bag for an extra cover-up in case it gets cold. There’s going to be a large number of these in my wardrobe…. 😉

Why ‘Tahi’? It’s the Maori word for ‘one’ – seemed somewhat appropriate for a first birthday pattern, no? And since it’s a first birthday release, and as per usual the full sale price (less bank fees) of the first weeks sales will be donated to charity, it seemed fitting that the Tahi sales go to the Neonatal Trust – a charity that supports prem and ill babies and their families.

And heck, because you guys are all awesome, and I’ve really appreciated the support and encouragement and feedback (seriously, so many of you have made my day at various times over the past year!!), there’s 50% off the Tahi pattern until 27 October, with the code ‘HELLOTAHI’.

Thanks so much for going on this crazy journey with me! I’m super excited about what the second year of Muse will bring (and have many many ideas in my head, waiting to be turned into reality). Wheeeee!!! 🙂

(And for those who are wondering, yes, it’s been a while since I’ve posted. But I have been doing non-Muse sewing as well! I even have two completed makes all ready to show you, just as soon as I finish sorting out the photos. 😉

So, did you hear about the Cat Lady Sewing Challenge that Miss Crayola Creepy came up with? Brilliant idea (but then, I’m a cat lover, and I love sewing challenges, so I am somewhat predisposed to loving the idea!) – make up something using cat themed fabric.

And oh boy, I have cat themed fabric in my stash! (Which probably won’t be all that suprising to many of you….) Not as much as I would have expected, to be fair, but I still have (going purely from memory here) at least three types of Hello Kitty prints, and a great lightweight cotton with a geometric print and lucky cats on it that I bought in Tokyo last year. Oh, and some leopard print fabric, too, since that apparantly counts for the challenge. So yes, lots of cat themed fabric to choose from!

But you know what? The challenge was due to end at the end of October (luckily it got extended, since I only got my photos taken today – although I did have this cardi finished in time for the end of October!), and I had a baby bump to contend with. Chance of me making up one of those cat-print fabrics in something I could actually wear both for photos by the end of October, and later on once the baby arrived? Pretty much non-existant. (And I just couldn’t bring myself to make up a maternity garment in some of my loved cat print fabric, and get only very limited wear out of it.)

So I came up with another idea instead. Not sure if it still qualifies for the Cat Lady Sewing Challenge, but rather than using cat-print fabric, I made a cardigan purposefully to go with a cat applique patch I found at Spotlight.

Coz look – cat applique patch! Cute, right?!? It’s winking and all, even.

I made up variation A of the Jenna cardi, in the waist-length version.

The fabric is merino – I acquired a long, oversized dark grey merino top from a clothes swap party a while back, and recycled it for this cardi. There wasn’t enough to cut out all the bands as well though, so I used a fine black merino that I bought from Levana textiles (oh man I love that place!) for contrast bands. The only change I made to the pattern was with the sleeves – since I cut them from the sleeves of the top that I was recycling, I used the existing sleeve hems rather than adding the sleeve cuffs. (I may have changed the sleeve length a bit as well based on the length of the existing sleeves I was cutting them from, but I can’t quite recall. Later-day pregnancy brain haze, and all that.)

Since I’ve made this pattern up several times now (yeah, that may be an understatement!) it came together quickly and easily. What took the longest was choosing the buttons – I spent a while debating between plain black, or pink and white striped – did I want them to blend in, or to bring out the pink parts on the cat applique? I went with black in the end, since I figure this is gonna be getting a lot of wear with a lot of my dresses!

Obviously, it isn’t fitting so well at the moment – after all, it’s only been 9 days since the lil’ one arrived, and there’s still a fair bit of baby bump to vanish! (Plus sleep deprivation and the like, so please don’t look too closely at the dark circles under my eyes!) Hence why it’s being worn with a maternity skirt, rather than one of my dresses. (Oh I am so looking forward to wearing my dresses again… It’ll be nice to go back to feeling like ‘me’ in my clothes!)

But yes, I have a cardigan! That will go with lots of things!! And it has a cat on it!!! So thank you, Miss Crayola Creepy, for the challenge that resulted in this addition to my wardrobe. 😀

A little secret side project….

So, you may (or may not) have noticed that I haven’t been posting quite as much over the last couple of months. It’s not because I don’t love you, or because I haven’t been sewing up a storm. Not at all.

Instead, it’s because what I’ve been working on hasn’t been able to be shown yet.

But that’s all changing, as of right now. I am currently rather excited, and also in no small measure terrified. Eep!

Because I just launched this.

Yep, I’ve been busily beavering away for the last few months on designing and creating my first not-just-for-me pattern, and getting a brand-new pattern label all ready to go.

I’ve called it Muse Patterns. All the designs are (and will be) inspired by amazing women – both current, and historical. Women who are courageous, intelligent, and inspirational. The first few patterns are inspired by women I know (this first one is inspired by my amazing little sister, Jen), and after that, well, I’m gonna keep that a surprise for now. 😉

And as those who’ve know me for a while know, I’m a huge fan of vintage styles, especially from the 1930’s, 1940s and 1950’s (even though I’ve been on an indie patterns kick recently!), so there’s a fair bit of historical influences that will be popping in Muse designs as well. (While at the same time keeping them fresh and modern.)

The first pattern is the Jenna cardi – it’s designed to be a wardrobe staple, and very versatile, with three different sleeve length options, two different body length options, and two shoulder options, so you can mix-and-match for 12 different combinations. There’s a bit of 1940’s going on with curved front shoulder yoke detailing, and a touch of 1940’s and 1950’s with the waist-length variation with wide hem band.

And I may have made, well, a heck of a lot of these over the past couple of months while creating and testing the pattern. Hah!! Long ones, short ones, different sleeve lengths, playing with colour blocking, etc, etc. Now that Muse and the Jenna cardi are ‘officially’ launched (as of when I hit ‘publish’ on this post – eek!), I’ll be able to start showing what I’ve been making. (Don’t worry though, I’m not gonna be turning this blog into a ‘Muse’ blog – it’ll stay as it always has been, and Muse will be it’s own separate identity.)

Anyways, I’m pretty proud of this pattern – it’s been a heck of a lot of work, I’ve learnt a huge amount from doing it (how to set up an online shop, how much Paypal irritates me with it’s help questions, how to use Illustrator, etc, etc), and even if no one else like it or buys it I now have a cardigan pattern that I love making and wearing so it’ll be getting a lot of use in my sewing room at least. 😉

I also wanna give a huge massive shouted-out THANK YOU!!!! to all the UTTERLY AMAZING people who have helped me get this up and running. You know who you are, and you’ve all been awesome – giving feedback, giving encouragement when I wanted to throw my laptop out the window, testing the pattern, being models for me, all that stuff. Huge huge hugs to you all!! 😀

So yeah, there’s my secret project – now out in the open.

And just coz I can, here’s a discount code if any of you are interested in the pattern. Enter ‘CUPCAKES’ at check-out and you’ll get 20% off until 6 September. (Important note: Paypal does discount codes in a slightly odd way – you’re prompted for them after entering your payment details, whereas most other online payment systems ask for them first. Don’t worry – the option to enter the code will come up and the discount applied between now and 6 September!)

The giveaway is now closed – congrats to the winners! 🙂

And on that note, I’m going to go and eat a heck of a lot of chocolate and cheese and try to stop myself from biting my fingernails now that I’ve let this baby of mine loose into the world. Eek!!!