Ah, the beginning of a new year. Perfect time to jump on the sewing reflections bandwagon led by Gillian, and have a look back over 2013’s crafting….

Starting with the biggest fail of all – my attempts at the Hummingbird peplum top.

It started with an ill-advised attempt at colour-blocking, which failed not only due to fitting issues, but also because the pale pink looks horrid on me, and colour-blocking at the waist really doesn’t work. At all.

So I decided to try the pattern again, in a solid colour and with some fit adjustments.

Conclusion: this style just isn’t ‘me’ at all. I was being brave and trying something a bit different, and yeah. Fail. (On the plus side, the Cupcake one in purple looks great on my friend Gill!)

Next up – my Blackcurrant Tiramisu.

I’m rather sad about this one – I love how the fabric combination looks, and it should have been a clear winner for weekend casual wear. But by going down a size, the waist ended up higher, and the midriff starts on my boobs. Not a good look. *sad* I’m still considering making this one again – same size, but making the bodice the same length as the next size up (that I used for my first Tiramisu)….

And then, there was the Lovebirds dress.

This one should have been a win – bright colours, quirky print, 1950’s pattern. Everything that I love! But it needs a bit of adjusting as it’s too big in the waist (not that that’ll be particularly hard to do). Main reason it’s a fail – I just don’t feel comfortable in it. The straight-skirted style seems more ‘dressy’ to me, and just doesn’t match the fabric. I’m gonna cut the skirt to just below the knee (instead of this 1950’s long length) and see if I can rescue it as a cute summer dress, because really, this should work!!

(Hmm. Turns out I only have the three fails for the year. Woo hoo!!)

One of my favourite, and most-worn makes of 2013 was my Birds of a Feather dress.

Made from a mash-up of two 1940’s patterns, this dress has been worn so many times! (Partially because the fabric doesn’t need ironed, unlike pretty much all my other dresses, so it’s perfect for wash-and-go days and for travelling in too.) I love it, it works for both summer and winter, and I get compliments on it pretty much every time I wear it, which is always a nice bonus. 😉

While it’s not on the most-worn list (it’s just a bit too much of a statement piece for that!), I’m super happy with my Corporate Hipster blazer.

I love the cut, the style, the fabric, the way it’s lined, and the pattern was a delight to work with. It was such an enjoyable process making this (except maybe the bit where I’d nearly finished and then realised I’d forgotten to add the red piping around the collar. Much unpicking followed….), and I love the end result. (On a side note though, it turns out it doesn’t really go with anything in my wardrobe as I have a bit of a habit of using prints for pretty much everything, so I’m now working on a plain-colours wardrobe so I can wear the blazer more often. Coz you know, that’s the logical order to do things in, right?)

Another one that’s had a huge amount of wear, and gets quite a lot of compliments, is my Melissa dress. 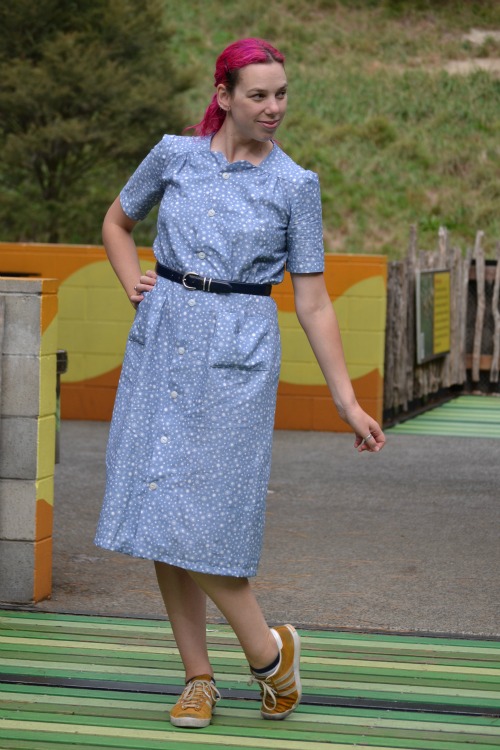 Again, using a 1940’s pattern, I love wearing this. The pattern has such cute details, and hey, it’s got pockets! Always a great thing for a dress to have. 😉 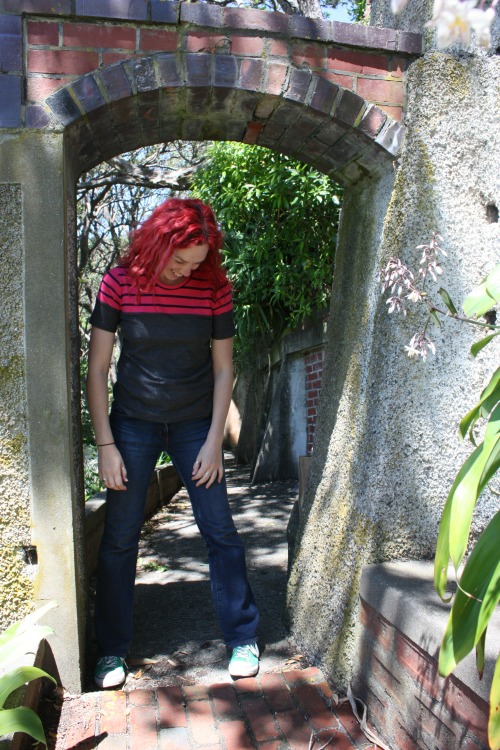 I must admit that I wasn’t sure this pattern was really going to be for me when I first saw it, but I thought, what the heck, and gave it a go anyway. And this tshirt has been worn pretty much at least once a week since then. Great cut, fun colours, good length for wearing with jeans. Oh yeah, Ensis has my vote. Chances are you’ll be seeing another one or two in the future, just as soon as I get around to making ’em….

And last on the top 5 list is…. a baby sleeping bag! 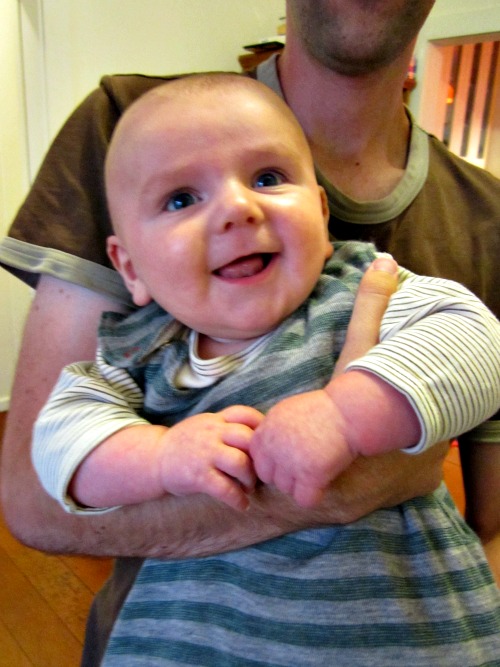 Made way back at the start of the year, this thing definitely wasn’t my neatest or most stylish make ever, but my gosh was it useful! Our little guy slept in this pretty much every second night for the first half of this year. (The other nights, he was sleeping in one my friend Gina made him, that I took a pattern off for making this one.) I think this was probably my most useful make. Ever.

So there we have it folks – the top hits and misses (according to me, anyway) of my 2013 makes!

(PS I’m really enjoying reading everyone else’s lists of their reflections on 2013. So much fun to go back and revisit all the awesome things people have made! 🙂 )

This entry was posted in Yearly review. Bookmark the permalink.