I’m surrounded by Burda magazines! They’re scattered in every direction, scattered to the four winds.

By which I mean – I have a grand total of four Burda magazines.

Yes, that’s right. Only four. And three of those I’ve acquired this year. What can I say? I’m a bit late to the discovering-the-awesomeness-that-is-Burda-magazines game. But I’m here now, and I have every intention of adding to my meager Burda collection, yes indeed!

But in the meantime, wanna play show-and-tell with Burdas? Here are mine:

First up, my Very First Burda. All the way from April 2005. I picked this one up for the grand total of 20c at the annual library sale of withdrawn books a couple of years ago and have been meaning to try using a pattern from here ever since. The pattern I want to use changes, but the intention is still there. 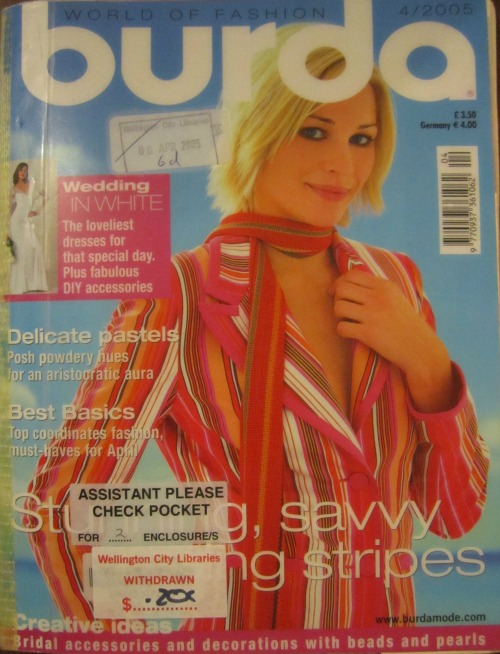 Following on, in order of date-of-publication, is this one, from October 2012. 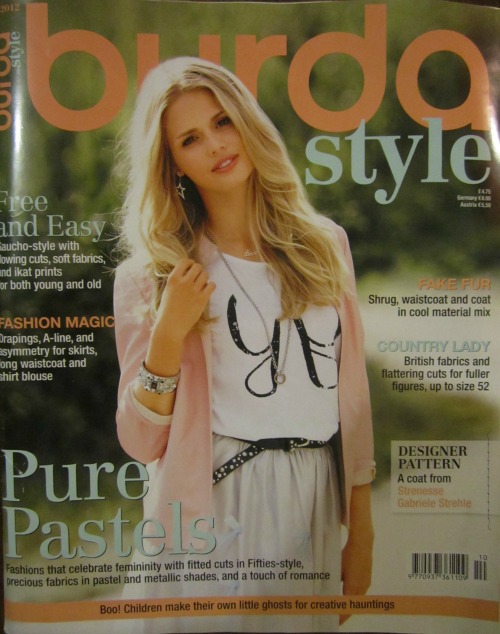 I acquired this one through the recent stash-swapping party, from the lovely Anne of Mercury Handmade Fashions. (I sent her some Fijian island print fabric in exchange, which she made into a cute skirt for one of her daughters – check it out over here.)

The next two came together from the lovely Claire of Sew, Incidentally. I was super lucky and won one of her second-blogging-birthday prizes, and these were part of the amazing package she sent me! (That I just realised I still haven’t blogged about. Oops! Sorry, Claire! I really must do that soon – the tailors ham she sent me is a Thing Of Beauty, and I’ve been learning how to use it properly so I can prove myself worthy of it.) They’re the January and February 2013 editions, so pretty and shiny and new (and now bookmarked, haha!): 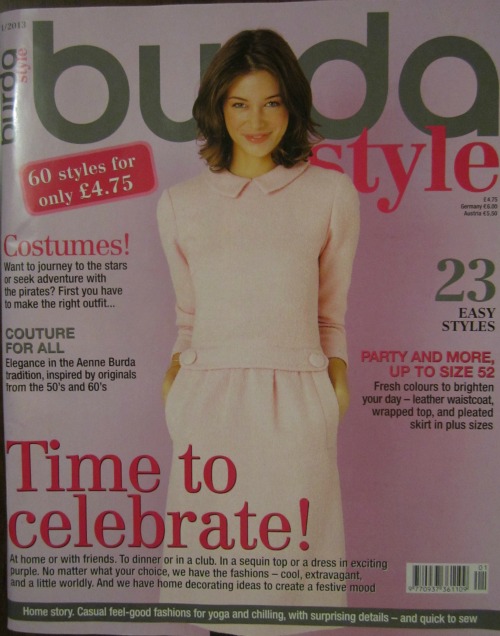 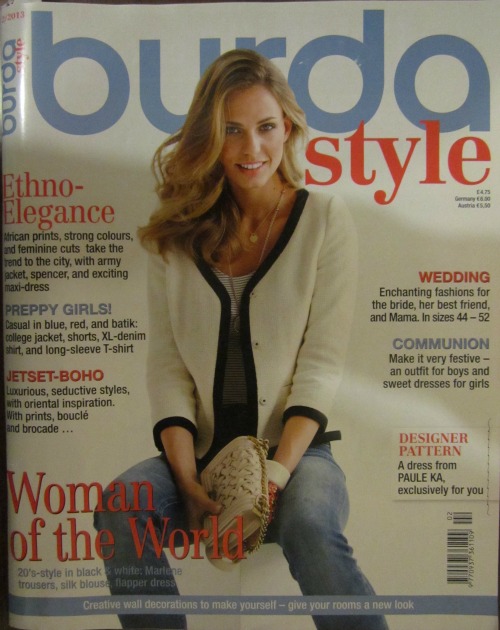 My plan for the Burda Sew-along is to make one thing from each magazine during May.

Yes, that’s a lot. Especially since my sewing was very unproductive in April. But I’m determined to figure out this whole work-life balance thing, and having a sewing target will hopefully help me do that and carve out even just 15 minutes for myself each day! One must have self-time, after all, or one may go a bit bonkers. (Hmmm, might be too late for that, if that last sentence is any indicator….) 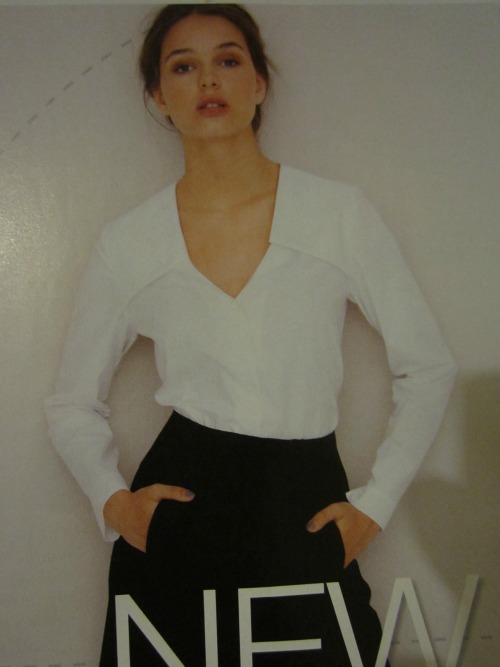 It’s got rather interesting yoke details – they’re only attached at the shoulder seam and the sleeve, so the other two sides hang free. Took me ages to decide what fabric to make this one up in – the first three I decided on I didn’t have quite enough of, so I’ve settled on a brown floral. Of which there wasn’t enough to make long sleeves, so I’m doing a short-sleeved version. My first ever Burda pattern experience! So far, it’s going quite well, but I’ll tell you more about that another day.

How about you? If you’re joining in the sew-along, what pattern/s have you decided on? (And have you seen the Pinterest board for the sew-along? There are some pretty inspiration pictures and fabrics starting to appear on it! If you want to be added to the board so you can pin too, let me know your Pinterest name below and we’ll get you on it to join in the fun.)

This entry was posted in Burda Sew Along, Sew Alongs. Bookmark the permalink.