Oops! I seem to be rather behind on my blogging…. Sorry ’bout that folks – still trying to figure out the work/family/time-for-anything-else-at-all balance! Here’s the first week of photos from the April Photo A Day challenge: 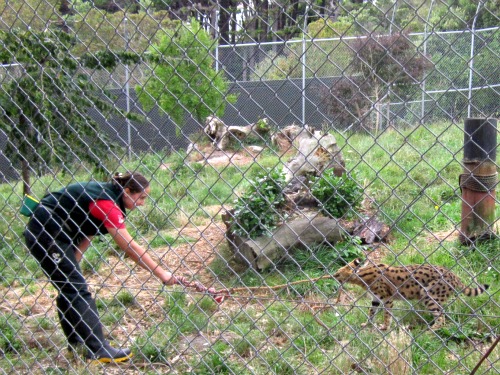 At the zoo today, some of the Servals were out playing with the keepers. Tug of rope! 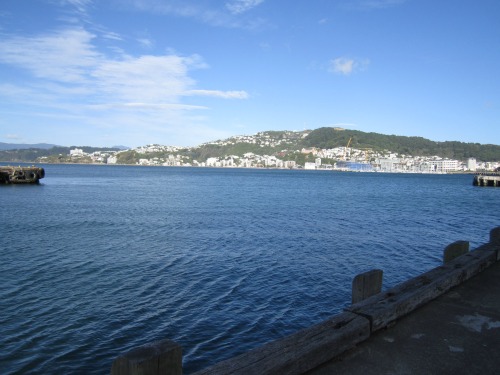 3 April – Something beginning with A 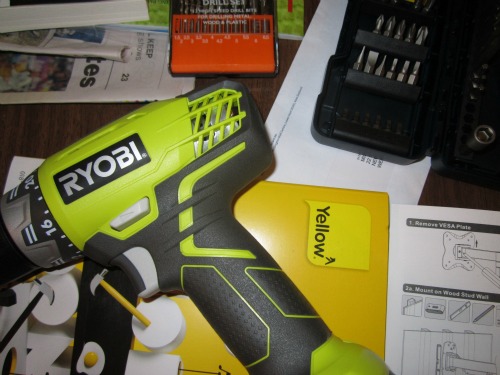 An assortment of tools that my Other Half was using to install our new flat-screen tv to the wall. The Little Man is nearly mobile, so we are frantically baby-proofing. First up – replacing the old CRT TV with a wall-mounted flat-screen so cables aren’t as close to baby hands.) 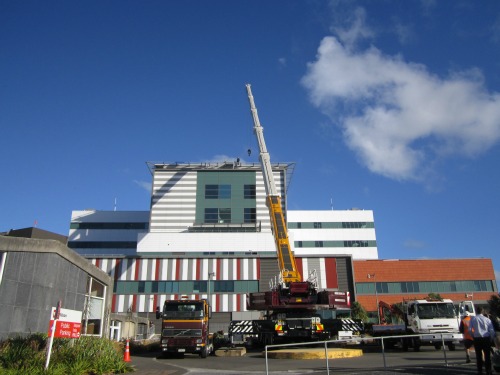 A random gust of wind broke the emergency helicopter on the roof of Wellington hospital. When I was collecting the Little Man from daycare, all the other parents, kids and teachers were watching the helicopter get lifted off the roof by this big crane. (I missed the spectacle due to feeding a little boy at the time.) Wandered by on the way home to see the helicopter on the ground, and the big crane still in place. 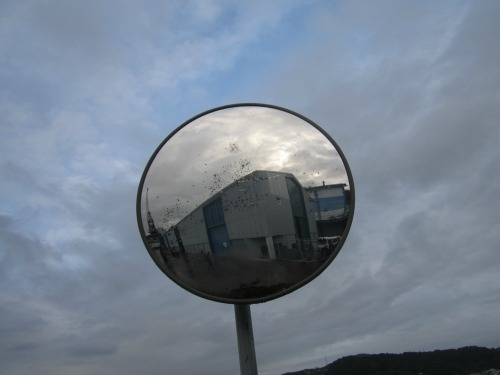 I forgot today’s challenge theme, and got distracted on the way home by this image that fit nicely into a theme I missed last month that had been on my mind for a week – ‘In The Mirror’.

Right on the corner of the waterfront, near TSB Arena, stands a mirror, hanging out a little over the ocean. It’s there so trucks coming in either direction can see what’s nearby. 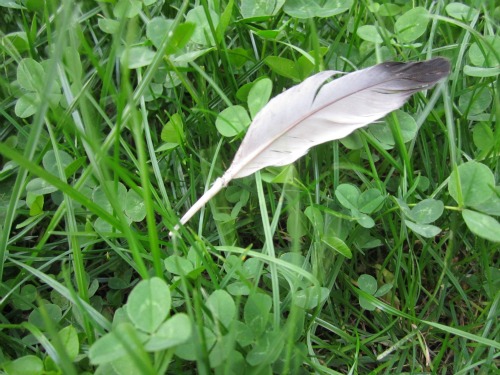 Feathers make me think of flying, swooping through the air. Wouldn’t it be fabulous to be able to do that?!?

(On a side note, it’s really hard to get a photo of a feature falling through the air. So here’s where it landed instead.) 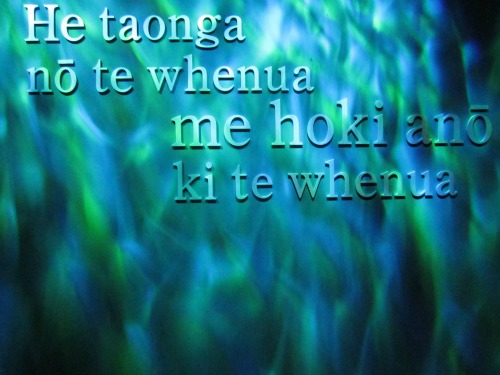 A trip around Te Papa on a rainy Wellington day. This was the entrance to one of the exhibits, accompanied by eerie music and lighting that made it look like it was underwater – a dreamy effect. The words are Maori and translate to ‘What is given by the land should return to the land’.

This entry was posted in Photo a Day. Bookmark the permalink.

2 responses to “Photo A Day”