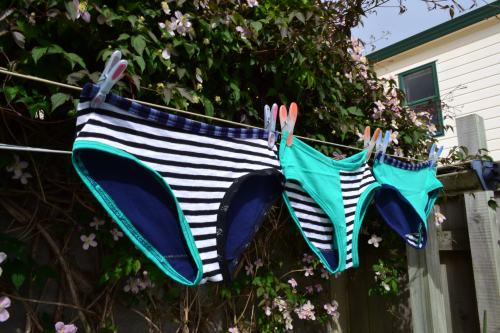 The Theme
This week’s Sew Weekly theme was lounging around. “This week is all about sewing those unsung sewing creations that usually do not see the light of day: lounge wear, undergarments and sleepwear.” 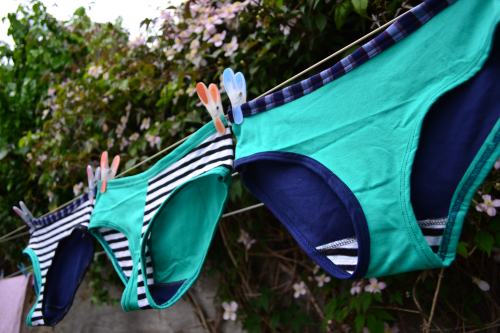 I nearly made a 1940’s full-length lace-trimmed nightgown, but I couldn’t quite decide what fabric to make it out of (and to be honest, I wasn’t sure I’d ever wear it – it was going to be an experiment to see how it felt to lounge around in a feminine vintage styled nightgown). Then I thought about making a pair of 1950’s men’s pajama pants in blue winceyette (otherwise known as ‘flannel’, I believe?) with a windsurfing print on it, that I raided from my mothers stash a few years back.

I fluffed around for so long, unsure of what to make, that the ‘official’ description of the theme was up on the Sew Weekly before I’d started. When I saw Mena refer to “undergarments” as well, I knew what I was going to do – make some more scrappy knickers!

Knickers have been on my making things to-do list for a while. It’s always nice to be able to cross off something that’s been hanging around on a to-do list for months. 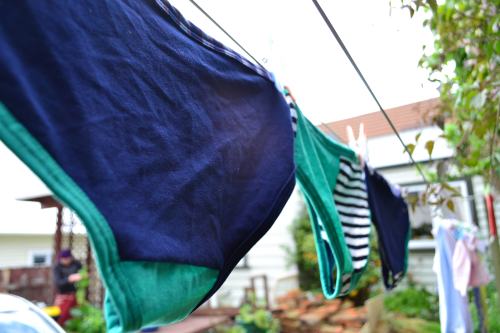 Like many sewists, I tend to hoard scraps left over from sewing projects. A few years back, I started using scraps of knit fabrics to make my own undies – it means I get the most out of a length of fabric (appealing to both the thrifty and the eco-friendly side), I know they’ll be super comfy, and I think they’re kinda cute. Sure, they take a while and it would be a lot easier to just go and buy them, but I get a certain amount of satisfaction in making them. And all the ones I’ve made before are my fave pairs, so why not make more of them? (Also, for the last two years I’ve had a pledge not to buy anything ready-made unless I can’t make it myself. Pants fall into that category, so if I want any, I have to make ’em.)

I started off with a pile of knit scraps I dug up from my scrap boxes, and a couple of old tops that were going to get thrown out: 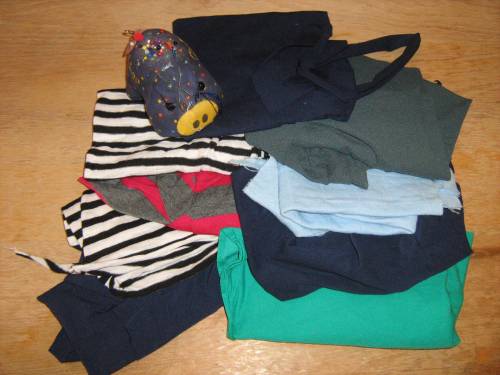 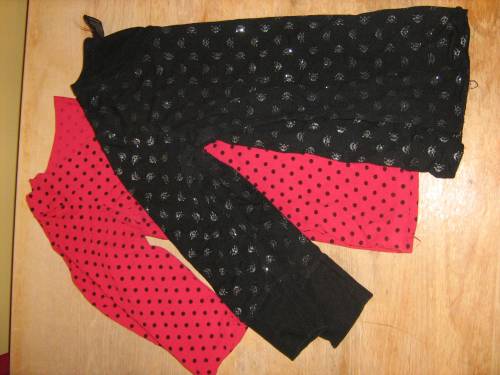 Due to the size of the scraps that were large enough (and suitable mixes of stretch), each of the three pairs of pants contains green fabric left over from my Hungry Cat-erpillar tshirt, blue tshirting left over from I-don’t-remember-what, and black-and-white striped tshirting from when we had a pirate day at work about 3-4 years ago and a group of us wore black-and-white striped triangle neckscarves. There’s also a bit of banding on one pair from one of the tops that got chopped up, and the waistband on two pairs ended up coming from a non-scrap length of tshirting as I didn’t have any scraps left that were long enough. So, a bit of a mixed fabric bag! I like them though, something about mixed-up fabrics appeals to me. 🙂 (One of the many many things I like about the fabulous Oona is her use of mixed up fabrics. She’s awesome – if you haven’t seen her blog yet, check it out.)

The Photos
Steve has been reading some photography books recently, so he got a bit art-y with the photos. Here’s a few arty-photos-of-knickers, just for the heck of it. (For some reason, I elected not to model this weeks creation. Gee, can’t imagine why.)